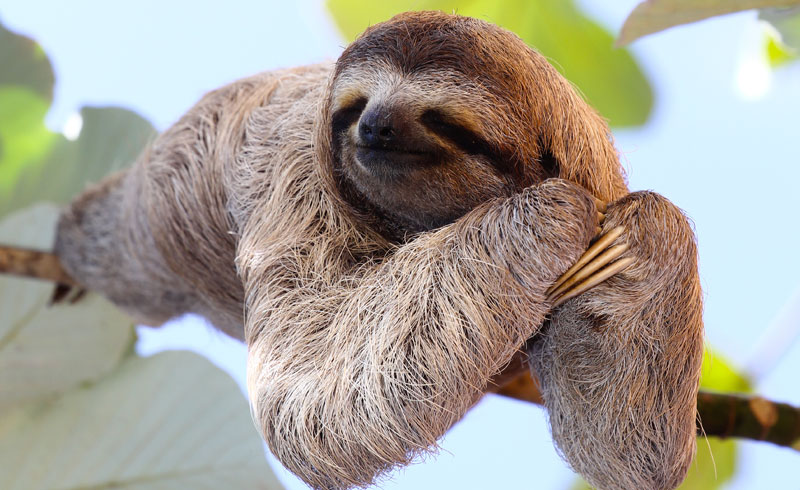 The Avocado, Back in the Day

Many people will be surprised to learn how long the avocado has been with us. Scientists believe that the fruit was first seen during the Cenozoic era, which began 65 and one half million years ago. What was it seen by, exactly? Not humans, but giant sloths, mammoths and other huge mammals who gulped down the fruit whole, then deposited the large seed a nice distance away. This was how the avocado tree was able to spread.

The Fruit No One Can Refuse

Indeed, the avocado is so old and seemed so dependent on those huge, now-extinct animals that scientists also wonder why it didn’t die out when they did, which was about 13,000 years ago. One theory is that carnivores like jaguars managed to swallow an avocado fruit once in a while and then deposit the seed away from the parent tree. Large rodents like agoutis might also have buried the seeds then forgot about them. Other animals who craved the flesh might have grabbed an avocado, spirited it away to a place where it could be eaten in peace and left the seed to germinate.

Humans to the Rescue

Of course, by 13,000 years ago humans had evolved to have discovered the avocado tree and its delicious fruit. They were also smart enough to know that if they buried the pit, another tree would sprout. Not only this, but careful breeding by humans allowed the fruit to have more flesh and less pit. Scientists believe that early avocados were mostly one huge pit with just a bit of flesh around it. But even then the fruit was tasty enough to those glypodonts and gomphotheres and giant sloths — which could be the size of rhinos — to ensure its propagation.

So, in addition to its irresistible taste and abundant nutrients, the avocado is also a survivor!

Why avocados deserve to be called a superfood

How Avocado Oil Can Help Your Skin

Grilling Avocados Is Easier Than You Think!

Can You Make An Avocado Bonsai Tree?