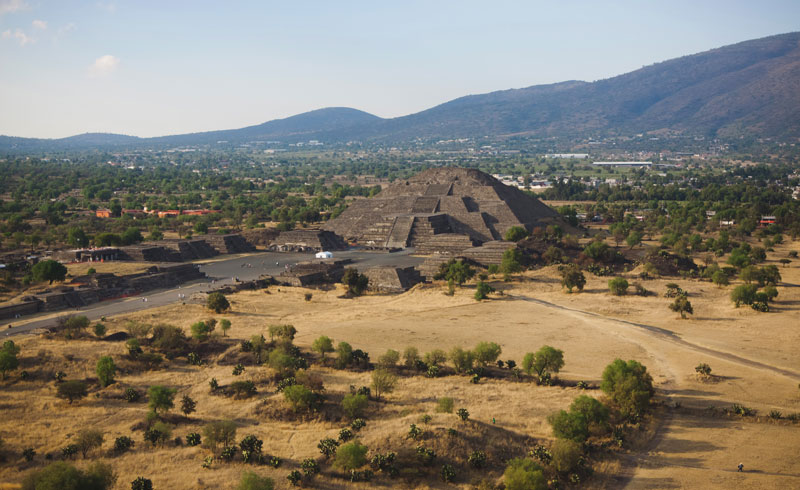 The word “avocado” is believed to be derived from the Nahuatl word ahuacatl, which means “testicle” and obviously describes the shape of the fruit. It also likely refers to the fact that the  believed the avocado to be an aphrodisiac.

Discovered By the Mesoamericans

Avocados have long been a part of the Mexican diet. Archaeologists have found evidence of avocado consumption going back almost 10,000 years in central Mexico. Back then, humans were simply gathering and eating wild avocados. Researchers believe that humans began cultivating avocados about 5,000 years ago. Mesoamerican tribes like the Inca, the Olmec and the Maya grew domesticated avocado trees.

The Avocado and The Spanish Conquest

In the 16th century, Spanish explorers became the first Europeans to eat avocados. Martín Fernández de Enciso (circa 1470 – 1528) was the first European to describe avocados when he mentioned them in a book he wrote in 1519. The Spanish called the fruit aguacate, a corruption of ahuacatl. By the time of the Spanish Conquest, avocados had spread from Mexico through Central America into parts of South America. The Spanish eventually brought avocados to Europe and sold them to other countries including England.

The Slow Spread of the Avocado

In 1653, a Spanish padre, Bernabe Cobo, was the first European to describe the three main types of avocados: Guatemalan, Mexican and West Indian. Different people, including George Washington, described finding and eating avocados in the West Indies. Washington visited the Barbados in 1751 and later wrote that the “agovago pears” were a popular food.

Sir Hans Sloane, an Irish naturalist, is believed to have coined the word “avocado” in 1696, when he mentioned the plant in a catalogue of Jamaican plants. He also called it the “alligator pear-tree.”

Henry Perrine, a horticulturist, first planted avocados in Florida in 1833. They didn’t become a commercial crop until the early 20th century, though. While they were fairly popular in California, Florida and Hawaii where they were grown, people in other states avoided avocados. They didn’t start gaining widespread popularity until the 1950s, when people started putting them in salads.

The Aztecs: A History Ripe with Avocados

How To Ripen An Avocado In Just 10 Minutes